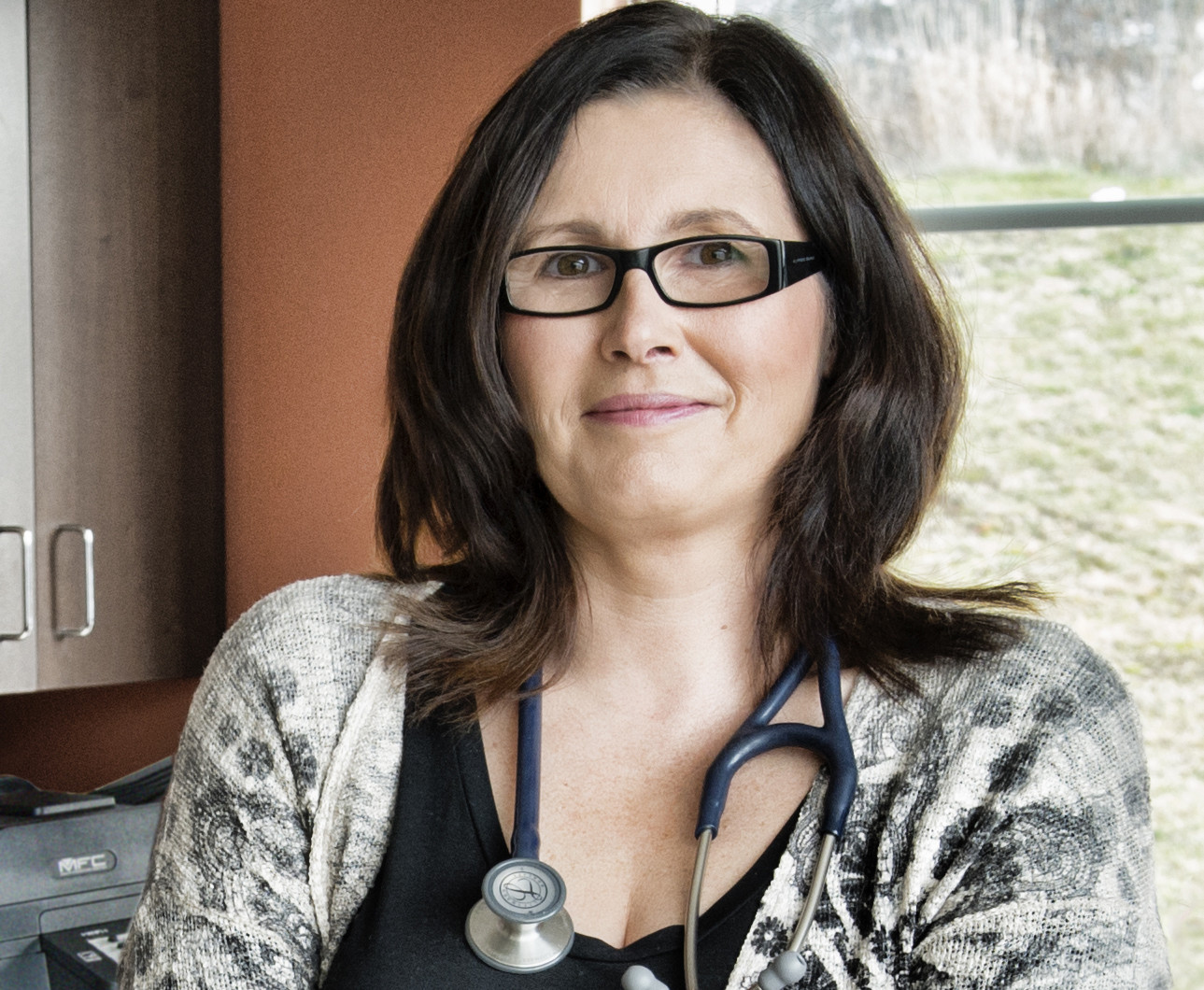 Dr. Heather Johnson is a family physician who has practised in Bridgewater for the past 20 years. She works in a collaborative practice with three other physicians and a nurse practitioner. Outside of the clinic she provides inpatient care at South Shore Regional Hospital and makes home calls to homebound patients. She graduated from medical school at Memorial University of Newfoundland in 1994.

Dr. Johnson’s first involvement with Doctors Nova Scotia (DNS) was as member of the Board of Directors. Over the years, she stepped into other leadership roles within the organization, including the e-Health Committee, the Audit Committee, and the Governance Committee. She also represented DNS on the New MD Funding Committee. During the past year, she has served on the Board’s Executive Committee in her role as President-Elect.

Dr. Johnson was also an integral member of the Master Agreement Negotiations Team in 2018–19. That team negotiated a contract that improved physician compensation in key, hard-to recruit specialties and made some improvements to the work environment.

In 2017, she appeared as a DNS representative before the Public Accounts Committee of the Nova Scotia Legislature where she spoke about health system challenges and solutions.

Over the years, Dr. Johnson has invested in building her skills as a leader. She is a graduate of the association’s inaugural Physician Leadership Development Program, a six-month program which enhances the skills of experienced leaders to influence health system decisions that affect physicians and their patients.

Dr. Johnson assumed the role of Zone Medical Site Lead for South Shore Regional Hospital in March 2020, just as the province began responding to COVID-19. She will continue to lead her colleagues in her community during her tenure as DNS President; however, some of her duties will be deferred to other leadership, especially if there are issues or conflicts related to physicians.

A resident who previously worked in Dr. Johnson’s clinic will take over her office practice for the year, leaving her time to focus on her presidency, as well as doing operating room assists and hospitalist work.

Dr. Johnson is married to Dr. Kevin Johnson, a general surgeon who practises at South Shore Regional Hospital. They live on a farm/vineyard with their three children, two dogs, three cats and some chickens.